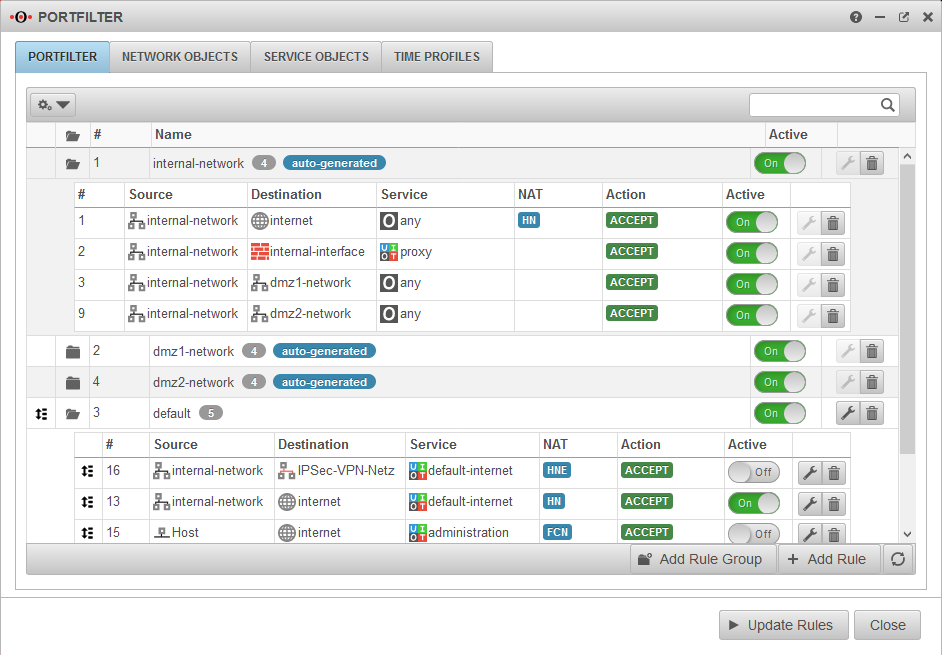 The port filter controls the data traffic that passes through the UTM.

The basic structure of a rule is :
Source → Target → Service → Action
Typical examples:

autogenerated The UTM has autogenerated rules ex works. These rules initially allow all data traffic into the existing networks and also release the proxy and DNS services of the respective interface for internal networks


These rules are used exclusively to enable the commissioning of the firewall
They cannot be edited and must be replaced strictly by individualised rules and have to be deactivated or deleted afterwards!

Network objects are mainly used to create port filter rules, but they are also used in the HTTP proxy. 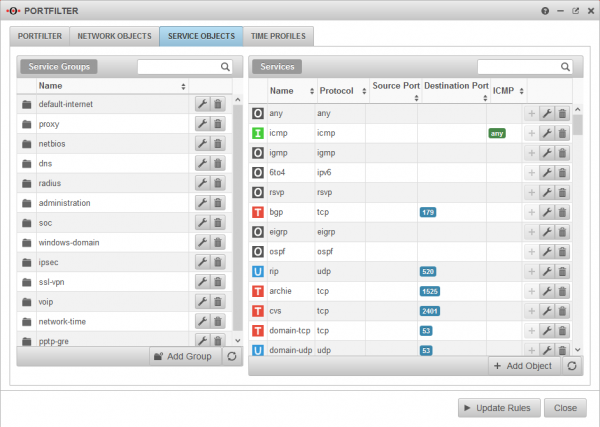 Services define the protocol used and, if applicable, the port or port range of the data packets to be filtered. Many services are already preconfigured such as http, https, ftp, ssh, etc.

If a service does not exist, it can be created with Add object.
Depending on the protocol used, further settings can be made:

The name of the service and the protocol must be specified in each case. 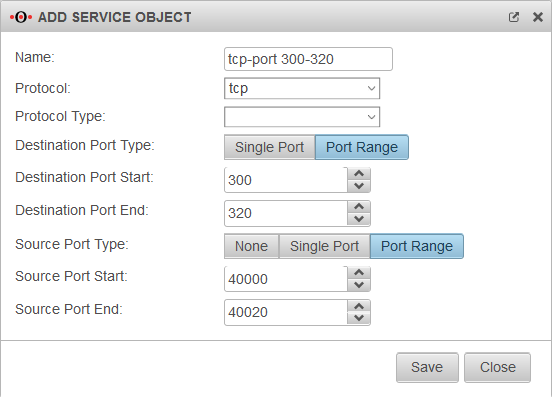 With the tcp and udp protocols, sharing can be restricted to a single destination port or port ranges. Source ports can be any (None), a single port or a port range. 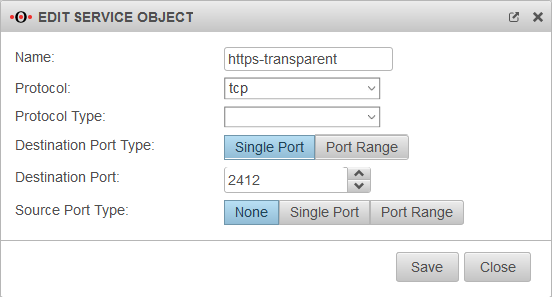 If an existing service is to run on a different port, the service can be edited and the port changed.

Services can be grouped together in service groups. Here, too, there are already predefined groups that can be added to and changed. Detailed display by clicking on the folder symbol .
Example: The group default-internet contains, for example, the services:

Add/remove service from a service group 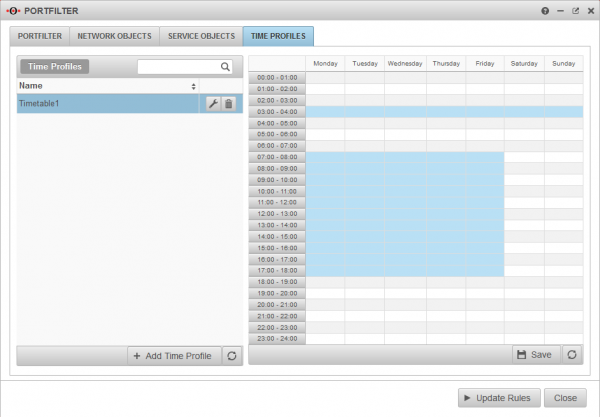 Time profiles are stored in the port filter rules around section ╭╴Extras╶╮.

Retrieved from "https://wiki.securepoint.de/index.php?title=UTM/RULE/Portfilter&oldid=79460"
Categories:
This page was last edited on 15 April 2021, at 15:31.
Privacy policy
About Securepoint Wiki
Disclaimers