Configuration of a bridge in connection with wifi interfaces

A bridge (network bridge) connects two physical networks to a common one.
The interfaces connected in this way have an IP and the IP addresses of the connected devices are in the same subnet

Port forwarding from an internal network via an external IP address is not possible via a bridge. This could be remedied by setting up a forward zone in the UTM name server, provided that the UTM is set up as the name server for the internal clients. In this case, the external URL called by Internal refers directly to the internal target server. Instructions for setting up the forward zone can be found under Forward-Zone in the Nameserver Wiki.

First, remove all IP addresses from the interfaces to be used for the bridge.
→ Network →Network Configuration → in the corresponding interface → Tab IP Addresses.
Remove IP addresses. In the example » ✕192.168.100.1/24 by clicking on ✕
Under no circumstances may the IP address be removed which is used for the current access !

In the second step, all zones are removed from the interfaces to be used for the bridge. → Network →Network Configuration → in the corresponding interface → Tab Zones. Remove the zones by clicking on ✕. In the example » ✕dmz1 » ✕firewall-dmz1 » ✕dmz1_v6 » ✕interface-dmz1_v6}
Then Save
Under no circumstances may the zone be removed which is used for the current access ! 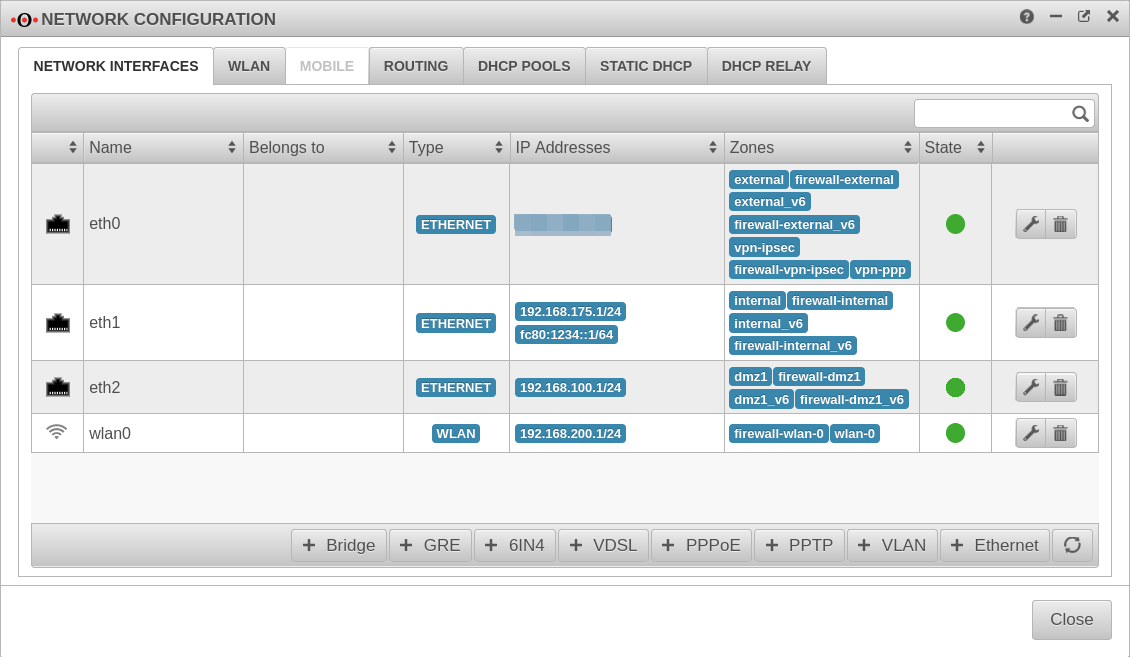 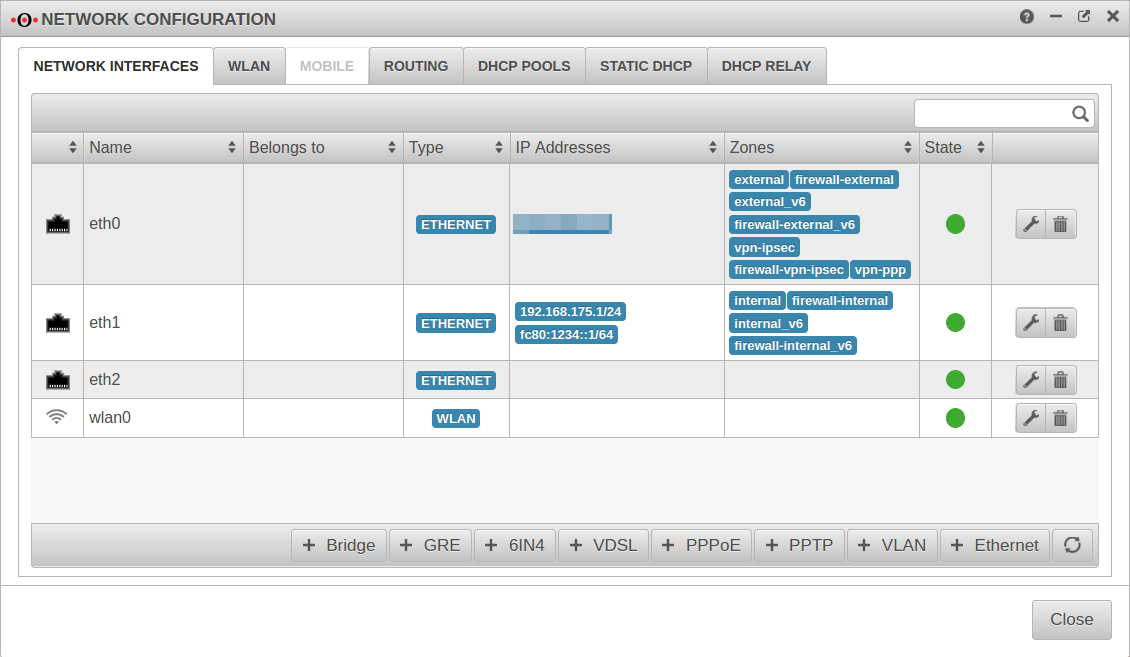 In the example, the interfaces eth2 and wlan0 are to be combined to a DMZ.
Start the wizard in the menu → Network →Network Configuration → Tab Network interfaces → Button Bridge 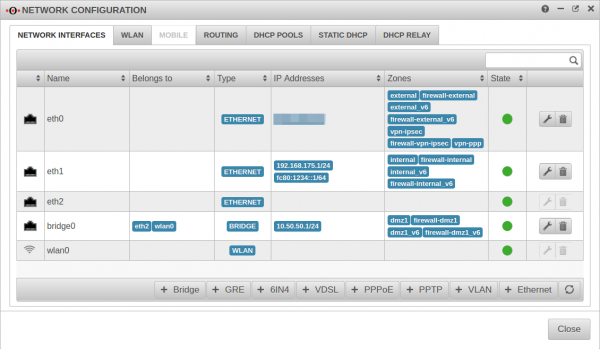 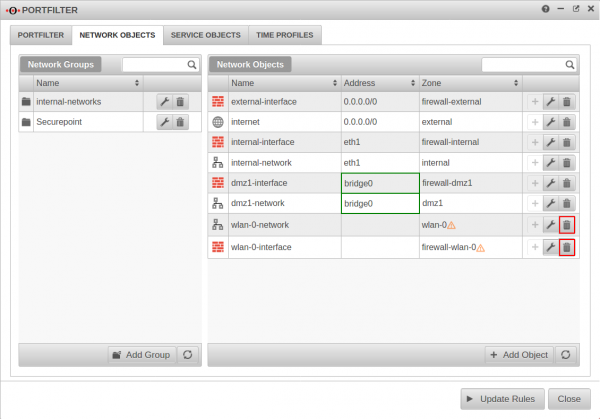 After setting up the interface, the network objects must be adapted.

This step can be skipped for automatically created zones: 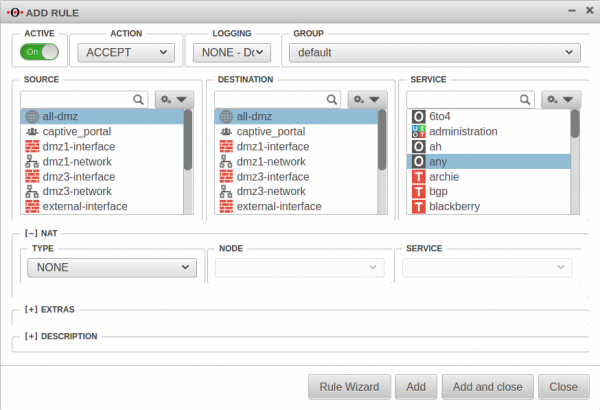 Port filter rule for the bridge

Finally, only the port filter rule with the network object just created has to be created.
At this point a any-rule may actually be used so that the interfaces can communicate completely with each other.

Network traffic to other networks (internal or external) should then be restricted by rules that work with the network objects that are mapped to the bridge zone.

The bridge setup is completed with Add and close Update rules.

Retrieved from "https://wiki.securepoint.de/index.php?title=UTM/NET/Bridge-WLAN&oldid=78283"
Category:
This page was last edited on 3 February 2021, at 14:04.
Privacy policy
About Securepoint Wiki
Disclaimers